Everyone’s interested in twins, especially now that Beyoncé and Amal Clooney are each expecting a double bundle of joy.

Twins fascinate me too. Here’s a clue. 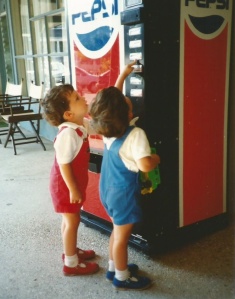 Sensibly, parents-to-be who read my book Twins and Multiple Births, or who join TAMBA, want to find out what’s in store for them. But other people only seem to care about secret languages, ESP, and other freaky twins stuff. Like this.

“Fun fact 1”: twins reared apart may have habits in common, like nail-biting or drinking the same brand of beer.

“Fun fact 2”: some twins have sexual relationships with the same person.

But are the similarities in behaviour and thinking really that extraordinary? It could just be chance.

Take twins who independently come back from the shops with the same coat, for instance. If a coat is widely available in a store like Marks & Spencer, nobody, twin or not, would have to go far to find someone else wearing exactly the same thing. Add in the fact that identical twins are the same age, and usually similar in colouring and general appearance, and bingo! No wonder they find the same garment suits them. 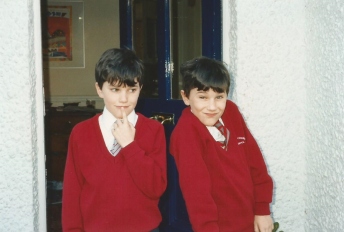 Sometimes twins are so close that, even as adults, they finish each other’s sentences, must work in the same office, and are incapable of truly independent living.

I always encourage new parents to raise their twins as individuals. That’s best route to healthy development in so many areas, including speech, behaviour, and social skills. 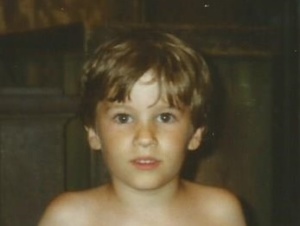 My wishes for parents of twins (and those like grandparents or others who help care for them) include these tips.

1 Learn to relate to each as an individual from early on. That means being able to tell them apart easily, and using their names instead of lazy shorthand like ‘Twinny’ or ‘Pinky and Perky’.

2 Cherish each child for what she is. You won’t necessarily raise two Nobel prize-winners.

3 Avoid comparisons. One of them is not ‘the good one’ just because he sleeps through the night first.

4 Recognize that fair treatment doesn’t mean equal treatment. You’d be surprised how many people think twins must have identical birthday cards or presents, even though it ruins half the fun.

5 Make time to enjoy your children. Sure, there are twice the number of chores, and work beckons too. But, before you know it, they’ve grown up.

How do you make time when you have twins or more? I may cover this in a forthcoming blog post. If I can fit it in, that is.

If you’re expecting twins or more, you really should join TAMBA. It’s the only UK charity dedicated to improving the lives of families with multiples.. Click here to find out more.