As writers know, the bathroom is a great place for ideas.  Inspiration is more likely to strike when you’re reclining in a warm bath than when sitting facing a blank screen.

While soaking today, I vaguely contemplate the Poppy Appeal, and how achingly suitable the poppy is as a symbol of conflicts from Flanders to Afghanistan, but the brain cells aren’t exactly working overtime.

What’s this I see?  A little green ceramic dish on the edge of the basin. 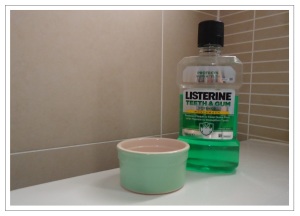 I mentioned it to my other half two weeks ago, and it’s still there, where anyone could easily elbow it off when reaching for a toothbrush, sending it crashing down onto the floor tiles.  Or, God forbid, the hurtling ramekin dish (for that is what it is) could concuss the cat as she crouches in her litter tray.

But does he listen?  Does he heck!  Still, only to be expected when we’ve been married this long (nearly three months, since you ask).  I don’t listen to him either, allegedly.  That is why I keep putting the toilet roll the wrong way round, and always leave my undies near the laundry basket.  Not in it, obviously.  Just next to it (allegedly).  Plus I drape my bra from the taps, which looks like a skinned rabbit and is beyond annoying to someone wanting a bath. 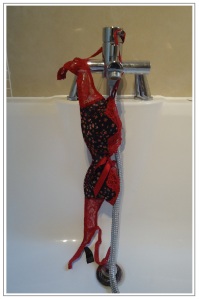 I fire right back.  He always has the radio on, full blast.  Does he not realise that some of us like peace and quiet?  I neither need nor want aural wallpaper.  And another thing.  Why do we have to have all six bathroom lights on?  OK, a guy might need decent lighting to avoid amputating his Adam’s apple while shaving, but it seems a bit over the top to require 360 watts just to brush teeth.

Then it dawns.  Here we are approaching the annual Poppy Appeal, and, instead of battles like Passchendaele, El Alamein and Goose Green coming to mind, we’re having a ding-dong in the bathroom. 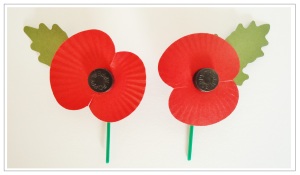 The postscript is that peace has broken out in the flat.  We’re not arguing about the toothpaste tube, or the toilet paper that’s the wrong way round (by which he means the right way round, obviously).  The skirmish over the laundry is over, and even the ramekin dish has been moved before the cat had a head injury.

While you’re there, you might also be interested in the RBL Centre for Blast Injury Studies (CBIS) at Imperial College, London, where academics and military experts work together to better understand and reduce the effects of injury on the human body.   Here’s AnUBIS, one of their research tools. 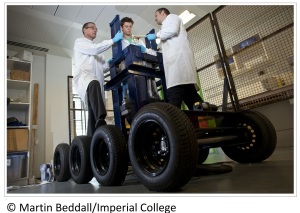