It’s the time of year when many bloggers list their favourite books of the past 12 months. On the other hand, some of them name the titles they liked least. Here I must follow suit because, when I look back at my shelves, some books stand out as the very worst of any year. So, in the spirit of utter meanness, I offer you this diverse list of five awful reads. One or two are classics, or may be your favourites, for which I can only apologize. Horses for courses, and all that. 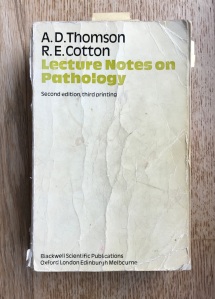 Lecture Notes on Pathology by AD Thomson and RE Cotton

What they say: Of value to undergraduate medical students studying for their final examination and to postgraduate students preparing for higher qualifications.

What I say: The print is tiny, there is no plot whatsoever, and the book reads like a telephone directory. Having committed almost all of the 1,100 pages to memory (I didn’t bother with the index), I can still recite chunks of it by heart decades later, although nobody wants to hear them. But I suppose I shouldn’t bear a grudge, especially as the cover survived many late-night revision sessions, along with the inevitable spilt coffee. 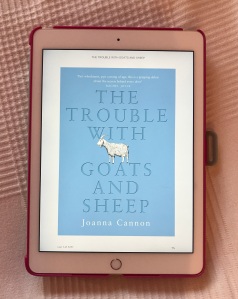 The Trouble with Goats and Sheep by Joanna Cannon

What they say: Quirky novel set in the East Midlands during the heatwave of 1976. Ten-year olds Grace and Tilly set out to find out what happened to their neighbour Mrs Creasy, who has disappeared. ‘An utter delight, etc.’

What I say: An utter delight, etc – if you’re a reader, that is. Terrible book if you are an author. Every paragraph is a reminder that you can’t actually write novels for toffee, or at least nothing like as well as the peerless Joanna Cannon. This book commits the crime of being too damn good.

What they say: Banished to Slough House from the ranks of achievers at Regent’s Park for various crimes of drugs and drunkenness, lechery and failure, politics and betrayal, this misfit crew of highly trained joes don’t run ops any more; they push paper.

But not one of them joined the Intelligence Service to be a ‘slow horse’.

A boy is kidnapped and held hostage. His beheading is scheduled for live broadcast on the net.

And whatever the instructions of the Service, the slow horses aren’t going to just sit quiet and watch …

What I say: Decapitations apart, this tale is not suitable for bedtime reading. It has more pace than a Merseyside Derby, and just as many characters. OK, so it’s set in London and has nothing to do with football (apart from that disembodied head), but a moment’s inattention and you’ve missed some vital action.  Full attention is needed to fully savour this unusual spy novel. 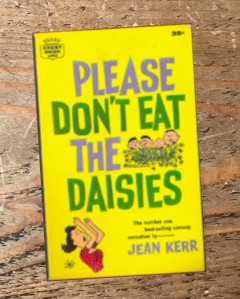 What they say: Now out of print, this is a witty collection of pieces by US playwright Jean Kerr about work and family life, as she tries to write at home while praying that her four irrepressible sons will behave for once.

What I say: I thoroughly enjoyed this book while growing up, and read it several times. However, I made the error of dipping into it again after recent gall bladder surgery. It is the worst book anyone could choose after an abdominal operation. If you don’t bust your stitches, you’ll feel as if you have.

What I say: I haven’t brought myself to use this dictionary again since the day one of my classmates, also aged 11, borrowed it then returned it to me after adding, in Magic Marker, no less, some choice four-letter words that the publishers of le Larousse had not thought to include in a children’s dictionary.  And he didn’t even put them into the correct places in the alphabet (I checked). I eventually bought a new copy, as you can see. 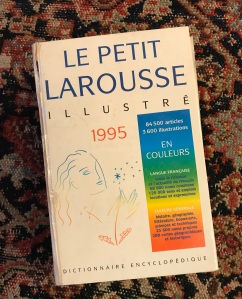 So, who’s in your bad books?

Whether you agree with my choices or not, happy reading in 2018. With over 130 million books in print and a slew of new titles on the way, there’s something to suit everyone. Except maybe POTUS.