The best thing about blogging? Connecting with other people. I’ve said that since I started, but this is the first time I’ve been asked along to a blog hop.

Yes, it’s the Writers’ Blog Tour, in which writers talk about what they write and how they do it. Sara Rose Salih invited me. Sara’s blog is a treasure trove of all things teen fiction, and no wonder. She’s the author of a new juvenile fiction series, Life As We Note It (check out the first book, Tales of a Sevie).

The tour has a lot in common with a chain letter, because you pass the same four questions about writing on to three new writer-bloggers, as I’ll do at the end of this post. So here goes.

I’m writing a sequel to my novel One Night at the Jacaranda, which is about dating. Readers tell me they love the characters, so I’m taking some of my favourite flawed people (and theirs) into new adventures. Like the first book, it will be a racy read.

Yep, the location is London. You might also notice that this is taken north of the Thames. People from north London rarely venture south of the river unless they really have to, but let’s see what happens as the story unfolds.

2. How does my work differ from others in the genre?

My genre is chick-lit (‘commercial women’s fiction’ if you’re la-di-dah). But One Night at the Jacaranda has more than one protagonist and is written from multiple points of view (memo to la-di-dah types: it’s an ‘ensemble novel’).   Crucially, many of the voices are male, so it appeals to male readers too.

Another contrast with most chick-lit is that there’s very little physical description of the characters, other than the fact that Dan is bald, Simon has a comb-over, and Karen’s body is a bit saggy (after four kids, who’ve had thought, eh?).

What they do have is dark secrets, so there are some serious issues, but the overall tone is still upbeat, in keeping with the genre.

I’m an established journalist and non-fiction writer, but I’ve always yearned to write a novel. Why I wrote this particular story, I really don’t know. The idea came to me on a Continental Airlines flight after my father died, as I’ve described elsewhere in my blog.

And now that I have developed such memorable characters, I’m going to help them live as long as possible. Well, I am a doctor!

4. How does my writing process work?

I write best on the sofa with pencil and paper. And cat.

To get me started I might need music and a coffee.   Uh-oh. The pencil’s a bit blunt. 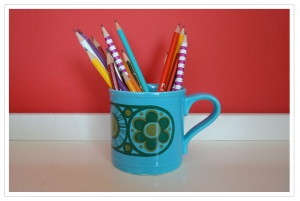 May as well sharpen all of them, right?

Once I have installed myself again (and the cat), I may spend as long as 10 minutes writing before the phone rings with something urgent for me to do.

Out of this highly productive routine I end up with reams and reams of material, most of which has to be re-written several times before I pass it on my husband and some writer friends for their opinion. I might also float some of it on this blog to see what you think.  And that’s how I do it.

Time to pass the baton on to three talented bloggers.

L.K. Watts writes an eclectic range of books. Her first two stem from her worldly adventures in Australia, New Zealand and Canada. These fresh and funky books reflect L.K.’s personality perfectly. She’s travelled the Trans-Siberian Express in Russia and Mongolia and has done a ten-week stint of conservation volunteering in Ireland. 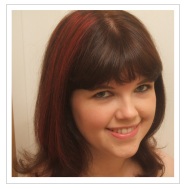 When she isn’t out making the most of life and living it to the max, she writes women’s fiction. Her debut chick-lit novel is her third book to be released.

But do not be fooled. L.K. is currently writing something that will make the most unshockable person gasp.

At the moment L.K. lives in the U.K with her partner and two adorable dogs. Her blog is LK Watts Confessions.

Anne Wainscott comes from a family of story-tellers. She’s an author and blogger at The Writing Well as well as a storyteller-for-hire right here.

Her 2004 mother-daughter memoir A Breath Away came after losing her mother to smoking.

She’s currently finishing her first historical novel, Torrential, a re-imagining of a flood that destroyed her hometown of Dayton, Ohio, a century ago.

Michael La Ronn is a fantasy author who writes Decision Select Novels, which are a modern reimagining of the Choose Your Own Adventure gamebooks. He also writes traditional novels, short stories, poetry, and non-fiction.

He is a former musician and loves jazz and other obscure genres that no one’s ever heard of. His upcoming book, Festival of Shadows, will be released in June.

Michael lives with his wife in Des Moines, Iowa.

Why not go look for them?