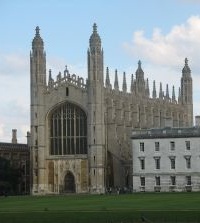 Baby Cambridge’s name doesn’t need to be hip and happening because it will set the trend for years to come.  He may grow up liking his first name (as most Georges seem to) or not.  A slew of given names brings the luxury of choice, though this is the first time in about 100 years that a Royal baby has had only three names instead of four.

Parents sometimes goof, as with the handle aired a while back on ITV’s This Morning.  Presenters Phil and Fern couldn’t contain themselves.  Who could, with a Hugh Janus?

When I was considering names for my own sons, I turned to the pages of the Financial Times for inspiration.  Perhaps names like Julian, James, Henry or Anthony would give them a leg-up on the ladder to success (I’ll get back to you).

Parents have to settle on only a handful of names for their own children, while writers get to dream up many more.  It’s fun, and if someone suggests something better, you can change it with just a few keystrokes.

In fiction, names can give away a person’s character.  You just know Dr Legg is going to be an orthopaedic surgeon, and Professor Sir Benjamin Bigpurse is coining it from his private practice.  Cruella De Vil is a prime example of a villain’s name, though Voldemort and Captain Hook are great too.

Reading To The Lighthouse, it’s obvious that Augustus Carmichael is a poet’s moniker and that Lily Briscoe is as complicated as hell, though perhaps the more obvious clue lies in the author’s name. Personally I’m still mystified by Seymour Glass, JD Salinger’s memorable if not wholly transparent choice.

As has been observed, even the naming of cats is a difficult matter. I’ve stuck to fruits for my own cats. Thus we’ve had Bananas, Peaches, and Cherries.

The current incumbent is Mishmish, meaning apricot in Arabic and Hebrew.  But did we miss a trick when we overlooked Paw-paws?