The usual advice is to keep away from your phone and other bright screens when you’re trying to sleep. But suppose you’ve tried all that and more besides, and you still can’t doze off? I asked volunteer worker Andy Tudor to write about his Wide Awake at 3am Club on Twitter. He finds himself awake in the small hours for a very particular reason ~ Carol

Ever since the surgical removal of my brain tumour nearly five years ago, I typically only sleep in two-hour chunks, and am wide awake in between. I have no problem getting to sleep. I just can’t stay there for long.

A common side-effect of any brain trauma (e.g. stroke, accident, surgery) is the disruption of the neurotransmitter chemical process which regulates and encourages the brain to stay asleep. The result? Waking up a lot earlier than intended.

I often find myself wide awake around 3am, which can be a dark, lonely place if the mind isn’t occupied. I decided to start a Twitter ‘club’ whereby I post most nights around 3am to keep others who are awake – for whatever reason – company.

This has proved more and more popular as word spreads. I’ve been amazed to find so many people engaging actively.

To provide a welcome distraction to anyone awake at that hour, I try to think up topics that might be quirky. Popular examples of recent posts include:

Do you have pets who don’t care about your dignity? 😂

As there’s a heatwave, let’s see your favourite holiday picture! 😎😄

What’s the dullest photo you have?… here’s mine! 😂

My lad was in this city on the weekend – where was he? 😄

My posts have have a lot of positive feedback on my posts, a recent example being: “Just want to say your 3am club thing really makes me feel better at waking at such an ungodly hour… like it’s OK.”

Assuming my sleep patterns don’t change, I aim to continue posting, to provide support and company to anyone awake for any reason at that time. I also get interaction from around the world, which is great for providing more company for everyone awake. With luck, I then fall asleep again a bit later.

If you’re ever conscious around three in the morning or soon after, please look out for my “Wide Awake at 3am” Club posts.

You’ll find me at @AndyHTudor1 Come over and join in the fun!

For those interested, I had a large, low grade (benign) meningioma, up to 7cm in diameter. It was completely removed in a six-hour operation at Southampton hospital six weeks after initial diagnosis in January 2017. My annual brain MRI scans have been all-clear since, and I lead a full, active life. However, I do suffer from brain fatigue and tinnitus, although I have coping mechanisms to manage their effects – but that’s a whole other blog!

I strongly recommend the excellent Brain Tumour Charity to anyone who’d like to know more about the symptoms and effects of a brain tumour. It’s also brilliant for those who’ve been diagnosed – and for their families.

Less than four weeks ago it became illegal in England to smoke in a car carrying anyone who’s under 18. As a medic, I think the new legislation is a great idea. To me, the earlier 2007 ban on smoking in indoor public spaces was a no-brainer. It has helped to bring down rates of lung and heart disease. But there’ve been consequences I’m less keen on. 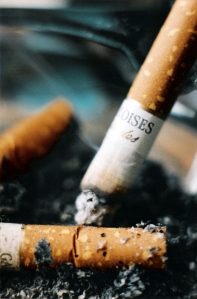 Enter (or rather exit) the denizens of the local Social Club, as it calls itself.

Its cheap booze and bar billiards attract drinkers from miles around.  Except that they haven’t all come to sit in the warm convivial atmosphere. A sizeable contingent of patrons are lounging against the lamp-posts, or parking their backsides on neighbouring walls so they can enjoy their tobacco habit.

There’s not an e-cigarette user among them tonight. These are hard-core, like 18-year old Chloe whose birthday was last weekend. She spent her summer in Ayia Napa, got a cute new tat on her left buttock, and broke up with Jason cos he shagged Melanie. I know all this because Chloe has the dulcet tones of a foghorn and her fav smoking spot is under our bedroom window.

This, by the way, is Cambridge, and about as far from punting and Pimm’s as you can get. 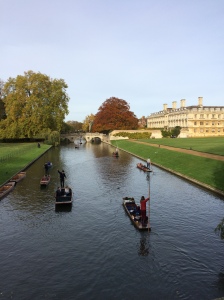 I go to the window and catch a glimpse of Chloe through the blinds. She has a backside the size of a shire mare’s and I begin to fear for the wall.

She’s not talking to herself, of course. All the cool people go outside to smoke these days. Darren is a gas fitter but he was laid off last week, and his mum’s got a new boyfriend. By the light of the street lamp I make out another woman, a guy in an Iron Maiden T-shirt and what’s left of his hair scraped into a pony tail and, and a man who’s clearly thought ahead because he’s got on fingerless gloves, plus a bobble hat pulled down to his eyes.

I jam earplugs further into my ears. It’s obviously going to be a long night. As a medical journalist, I’m often asked to reel off the dangers of smoking. Now I can add earache and insomnia to the list. 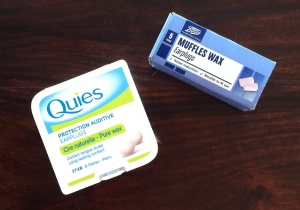 The Social Club has long shut but that doesn’t matter because someone’s brought tinnies. Nobody goes anywhere until about half past midnight when a taxi shows up. Whose taxi is it?  A punch-up ensues to settle this.

None of these soothing sounds feature on my app of atmospheric tracks to doze off by. There is Australian Beach, Cape Cod, and Whale Music. Oh, and Night Ambience, though it’s not anything like this. Could be a gap in the market. 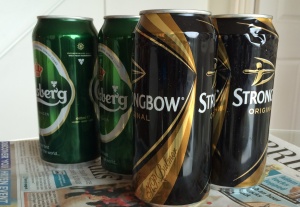 After the taxi episode, I hear tins been kicked in the road, followed by a particularly good joke which has the revellers laughing like drains. Around 1.30am a car alarm goes off. We’ve had around two minutes’ sleep so far.

What will the ban on smoking in cars with youngsters bring? Hopefully only good, but I’m not holding my breath.