As most readers know, London will elect a new mayor on May 5. One of the candidates will end up sitting pretty in City Hall while the others could be heading for the political graveyard.

Which is all the excuse I need to show you a few cemeteries and tombstones.

First up is Grover Cleveland, best known as the only president of the USA to serve two non-consecutive terms.

Aaron Burr, the third vice-president of the USA, served alongside Thomas Jefferson. He shot dead his opponent Alexander Hamilton in a duel.  Burr died a nearly forgotten man. He’s now in Princeton Cemetery while Hamilton is on ten-dollar bills. 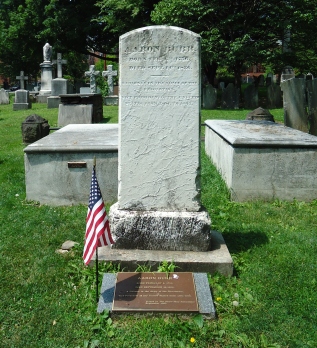 Not about to be forgotten any time soon is Karl Marx, buried in Highgate Cemetery.

Among the other notables nearby is Saad Saadi Ali, the Iraqi Communist leader, left-leaning even in death. 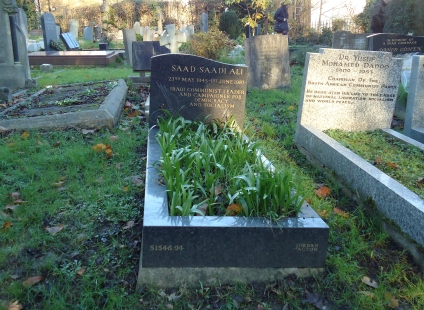 I really like this memorial to Douglas Adams, also in Highgate Cemetery.

If you’re a Londoner, remember to vote on Thursday.

4 thoughts on “Heading for the Political Graveyard”