At 8am on Tuesday morning, junior hospital doctors were due to take industrial action. Just for one day, they’d only treat emergencies. 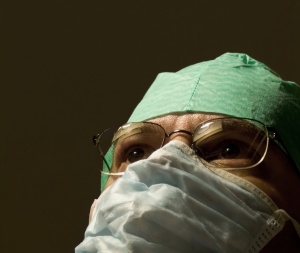 That’s now off, pending further talks. But does the average Joe know what an emergency is? I can’t help speculating. My experience of working in A & E suggests otherwise. Yes, there are heart attacks, car crashes, and fractured femurs galore.

Alas, there’s also no shortage of folks who pitch up for a second opinion on a runny nose, or who demand to know, at 4am, why they’ve had hiccups for two years.

Tragically, the reverse is also true: “I thought she was just sleeping.”

If it’s that hard for the man in the street to recognize an emergency for what it is, it’s even more challenging to deal with it.

Forgive me for going all serious today, but research for St John Ambulance shows that almost four fifths of parents (79%) wouldn’t know what to do if their baby was choking to death. That’s despite it being a major fear for 58% of parents. In fact no less than 40% have witnessed choking.

So kudos to those who’ve learned what to do, like the two people who saved a tot’s life in Hampstead a few weeks ago.

As you can imagine, the toddler’s mother is incredibly grateful to the passers-by who leapt in and did CPR. They’re unusual, because most people, as the research showed, wouldn’t have a clue.

We hear a lot about defibrillators in public places. Of course they’re a great idea. But while defibrillators help save adult lives, they’re not that useful for a baby or child. That’s because most little ones have breathing emergencies, not cardiac ones.

The good news is that their lives can be saved with nothing more than your hands, once you know how.

So I wonder why basic life support isn’t taught more in schools.  And why parents and carers don’t often bother to learn how to save their own child’s life.

About five years ago, I was involved in Tesco’s BabySafe campaign. There were free sessions around the country designed to teach parents, carers, and others the basics of dealing with common but serious emergencies like choking and burns. People left with basic skills and the confidence to use them.

You can learn to save a baby or child’s life from the British Red Cross or St John Ambulance.

These organizations have online information too, but it’s so much better to do a hands-on course if you can.