The August Bank Holiday weekend is at its best when (a) it doesn’t rain and (b) you get propositioned. Three years ago, I spent a sunny day at the seaside with an old friend I hadn’t seen in a while. We were outside the Red Lion Hotel in Cromer when I rashly asked what he’d like to do next.

“If I tell you, you’ll slap me,” came his response.

Reader, I married him. And this Bank Holiday weekend we returned to East Anglia and the sand and the sea to revisit that day.

It was very romantic and very English.  Now I will share some of the very Englishness of the Bank Holiday with you, starting with Cromer pier.

What’s a pier without a proper end-of-the-pier show?

It starts at 4pm on Saturdays, instead of the traditional time of 2.30pm, according to two disgruntled pier show veterans who told me over their limp sandwiches how the change in schedule had spoilt their day.

Fish and chips are staple fare. Belly not bursting yet? The No 1 fish and chip shop also sells ice cream.

Windbreaks are de rigueur. Somewhere not far away, there’s usually a man with a knotted hankie protecting his bald pate. 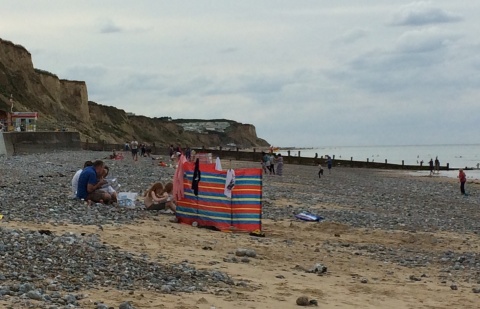 Very few UK towns or villages have no war memorial.  This one’s in Burnham Market. 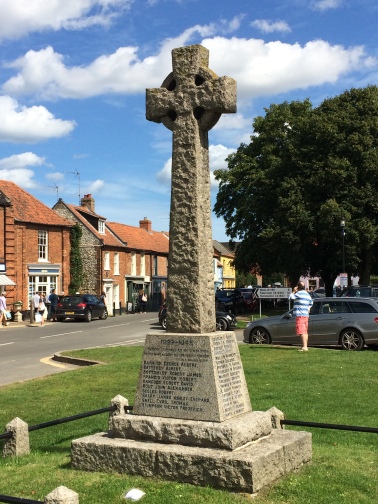 A select few sport decorative village signs. There are more of these in Norfolk than in any other county, but Suffolk comes a close second. 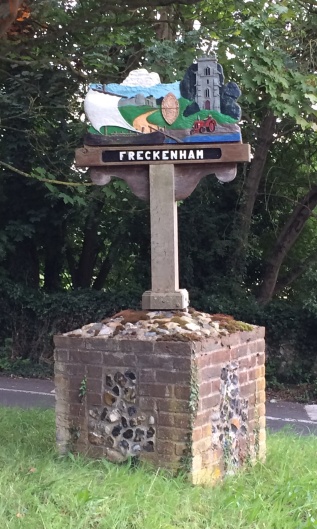 Some have pink-washed houses (the colour’s less pretty when you realise it’s from pig’s blood). 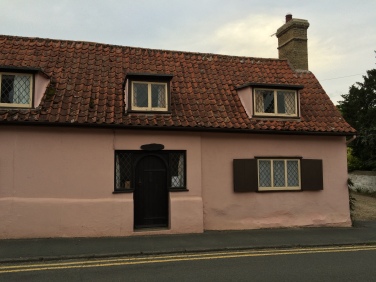 And pubs complete with ornamental signs and wonky walls. 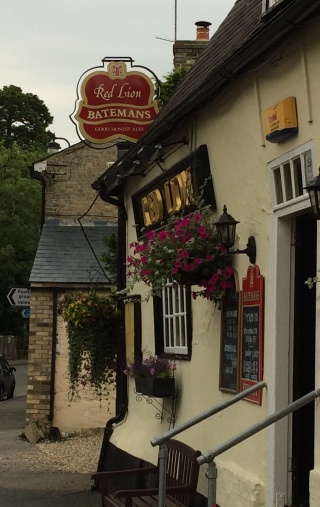 We caught a traction engine idling outside this one. 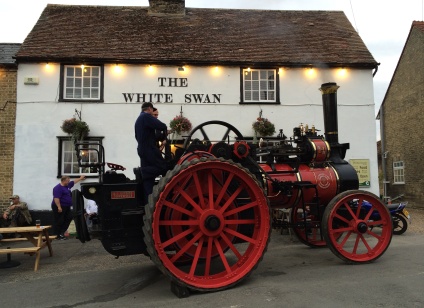 Sunset in late August comes all too soon, so it was time for one last bit of Englishness. 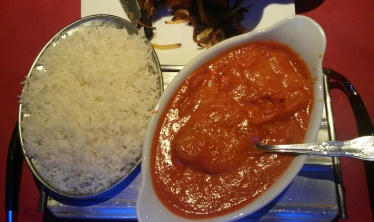 I know. Chicken tikka masala was probably invented in Glasgow. It may no longer be the UK’s favourite dish, but it’s the perfect end to a nostalgic day.

PS You might enjoy more quintessential Britishness on the Romaniacs blog.

Easy tweet: How English can a Bank Holiday get? http://wp.me/p3uiuG-13S a romantic look back with @DrCarolCooper