I’ve been tagged by alternative historical fiction author Alison Morton in a game of Lucky Sevens.

It’s a bit of online fun for writers that pulls us out of our sheds, studios or beds where we sit scribbling away for hours on end and lets us reveal a little of our current work in progress.

That’s almost word for word what Alison said in her blog.  I’d love to go the whole hog and copy all of her fiction writing so I too can enjoy her amazing success, but back at school the nuns drilled into me that envy was A Bad Thing and that plagiarism was even worse, and the two together were The Devil’s Work and would ensure I never met St Peter.  Ever.  So I’m only copying a little eeny bit of Alison’s homework.

Here’s how the writers’ Game of Sevens goes:

Go to page 7 or 77 in your current manuscript
Go to line 7
Post on your blog approximately the next 7 lines or sentences – as they are!!
Tag 7 other people to do the same

Now, a lot of people have already done this, so I’m not tagging automatically, but I’m inviting any writers who read this to dare to do the same.  Just let me know if you do and I’ll add your name to this post (free advert!).

Alison posted seven lines from AURELIA, based in Roma Nova and the Germanic Federation state of Prussia and set in the 1960/70s. As I said, I’m not a complete plagiarist, so you’ll have to go to her blog to read her excerpt.

My seven or so lines are from my forthcoming novel CAMDEN PASSAGE. It’s set in London and follows on from my novel ONE NIGHT AT THE JACARANDA:

Dan had never been on radio before. And this was live. Which explained why his heart was leaping around in his chest long before he arrived in the studio. 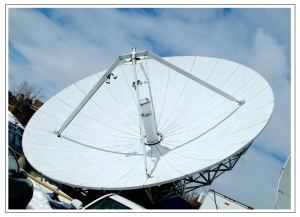 The building had a massive atrium that was all shiny marble and glass. So this was where the license fee went. No wonder they weren’t paying guests anything.

He’d made a tray of his new monkfish parcels. They’d be OK cold, especially with a light garnish of red amaranth. Each one was roughly bite-sized, with a toothpick through the middle.

A woman in the lobby barely looked up from her desk to tell him to take a seat. It was the kind of seat designed to make you uncomfortable. So there he sat, balancing out the foil-covered tray on his knees, staring at a bank of silent TV screens for what seemed like ages. Lucky old people on TV.

Well, not that lucky, because one of the programmes was a hilarious reality show in which children were meant to humiliate their parents. Dan supposed Jack would do much the same when he stopped being a cute little baby and grew into an egregious adolescent.

Egregious. It was Dan’s word of the day. He rolled it around in his mouth, still not sure he’d use it on air.

Let me know if you too want to take part of the writers’ Not-So-Secret Game of Sevens.

Alison Morton is the author of Roma Nova thrillers, INCEPTIO and PERFIDITAS.  Third in series SUCCESSIO is out now.

4 thoughts on “The Not-so-Secret Game of Sevens”