It depends what you’re looking for (and, as a friend rightly says, how old you are, there being obvious differences between Vienna and, say, Ibiza).

I was on the look-out for settings for my latest novel and wanted guidance.  The advisory panel retired to a bar to deliberate the top cities for dating.  Several rounds later, they had discarded New York and Rome, and came up with these five choices. 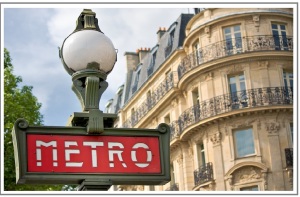 For: Possibly the most heavenly city on earth, with no shortage of romantic places for a rendezvous.

Against:  the pickings can be slim, according to a writer friend who lived there and longed for more than a married lover for some cinq-à-sept.

For: Vibrant, hip and imbued with sex as well as culture, this city can put you under its influence without ever going near one of the infamous coffee-houses.

Against: the weather is unpredictable.  And the men love to eat raw fish.

For: A beautiful and historic city, with plenty to see.  And Dubliners are wonderfully gregarious.  There are no strangers, just friends you haven’t yet met – with some bound to be single.

Against: the weather is predictable.  It rains all the time.

For:  If your idea of dating is to go salsa dancing as soon as you land, or be serenaded to Guantanamera when you only stopped to cross the street, this is the place.

Against: prepare to consider yourselves ‘engaged’ by the end of the night.

London was going to be on the list until my friend Rachel convinced everyone how much Cleethorpes has to offer.  There’s the seafront, a lovely pier, a light railway, romantic trams, even a statue of The Boy with the Leaking Boot.*  The Greenwich meridian goes through the town, and the weather’s not so bad if you wrap up warm (you weren’t going to have sex on the beach, were you?).

Despite these obvious attractions, I did the dirty on Cleethorpes.  I plumped for London as the setting for my novel on dating.

I know it’s beautiful, because I live there.  Alongside the obvious pubs, restaurants and bars, there are some of the finest shops in the world.   There’s also free entertainment:  museums, galleries and parks, or just a stroll by the river. Time it right, and you can catch Tower Bridge opening.

Cleethorpes may have lyrical trams, but in London a lot can happen on its iconic red buses or the extensive underground system.   Commuters being what they are, you can even give birth on the Piccadilly Line without anyone batting an eyelid.

I set several scenes in Marylebone because it’s buzzing.  There are upmarket grocers, specialist bookshops, funky gadget stores, designer boutiques, not to mention charity shops which stock a lot of designer cast-offs.  Despite there being more cafés, patisseries and restaurants than anyone could possibly need, they’re always full of customers lured by the aroma of warm bread and freshly ground coffee.  Marylebone is very much the place to be, especially if you have nothing very much to do.

The Jacaranda bar, where most of my characters meet, is off Marylebone High Street and has the longest zinc bar in town.  It’s named after the original Jacaranda bar in Liverpool, the first venue ever to host the Beatles.

It would be poetic to say the advisory board met there, but it wouldn’t be true.   My Jacaranda bar isn’t a Mecca for Beatles trail tourists.   If you go looking for it in Marylebone, or anywhere else in London, you’ll be disappointed.  I made it up.

Still, my city is the star of my story, just as much as each character.   It’s cosmopolitan, it’s loaded with heritage, and, best of all, if you don’t like the one you’re with, it’s big enough to avoid said person.  Not something you can say about Cleethorpes, is it, Rachel?

*Cleethorpes is said to be the number one destination in the UK for seaside holidays.  For more, see http://en.wikipedia.org/wiki/Cleethorpes

3 thoughts on “The Top 5 Cities for Dating”