How I missed you, Cornwall!

It had been a while since we’d had a proper pasty, sampled Cornish Rattler, clambered over slate cliffs, and stumbled over discarded surfboards on Polzeath beach.  A refresher course was long overdue.

The lessons began before we got there.

1 Don’t take the road past Stonehenge.

By the time you spot this warning sign, it will be too late, because you’ll be stuck on the A303, which has been a single carriageway at Stonehenge since time immemorial, just as the Druids left it. In front of us was a Bedford van spray-painted with hippy daisies and fuelled only by flower power. The guys in the back of the van gave us cheery peace signs as they sat cross-legged in air-conditioned comfort (aka holding hand fans).  We were lucky. Behind us was a broken down Austin Maxi, complete with a couple in 80s style dress trying to get it going again.

As we inched along, we had ample time to speculate on what a henge is, and why, according to popular culture, you get a different number every time you try to count the stones. It may depend on what you’re smoking at the time.

2 You always forget something, no matter how carefully you pack.

On one trip, we’d omitted to pack bookends, much to the distress of my eldest son, then 7 years old, who found he had nothing to hold up the extensive collection of Usborne books he had brought.

This time it was toothpaste, an oversight easily remedied by visiting the Spar shop in Boscastle, where we also chatted to the locals and their dogs. After that, we had some of the local falling-down juice. And left the toothpaste in the pub.

3 It’s always rainier and windier than you remember. 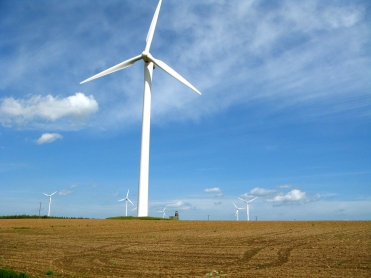 The number of wind farms had doubled since my last visit, and the rainfall had gone through the roof. Quite literally, in the case of the Boscastle flood of 2004. On August 16, 440million gallons of water swept through the town, flooding nearly 60 properties and destroying several of them.

This is Boscastle now, which shows how well it has recovered.

4 There are huge numbers of saints.

Like Saints Hydrock, Petroc, Enodoc, Buryan, and of course Austell and Ives. Some of them are exclusively Cornish, while others arrived via other parts of British Isles. There are even more here.

As you might expect, there are also many churches, most of them small, beautiful, and well worth a visit.

Slate is slippery when wet. On a windy coastal walk you might want to invoke one or two of those saints I mentioned.

6 Cornwall is the most haunted part of Britain.

There are said to be haunted jails, streets, castles, even hotels.

I didn’t see any ghosts in Jamaica Inn myself, or a single smuggler, just tourists enjoying a hearty Sunday roast. We did however stay in one of the haunted hotels. While I am personally highly sceptical, I can report an unearthly noise outside our door early in the morning, around about the time the staff delivered our newspaper. What are the odds, eh?

7 Take lots of coins, because any place by the sea requires money for parking. 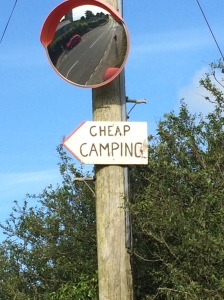 As thriving as tourism appears to be, further inland towns like Bodmin have hit the buffers. Industry has gone and the heart seems to have left these communities, at least judging from the dilapidated houses and bored teenagers hanging around. Sad sights, and I don’t know what the answer is.

8 All the same, some of the most beautiful places are inland.

No, I’m not giving away the location of this village. All I’m saying is that it’s not by the A303.