You’ve got to be organized, especially when you’re a single mum with four kids.  Karen’s good at lists.  Most of them look like this.

Karen is a character from my forthcoming novel, but if you have kids you probably know her. Her latest list is a plan.  A sure-fire 5-point plan to find herself a man.  Here goes:

2.  Look great at all times

OK, so she hasn’t met anyone since Tom moved out six months, but it shouldn’t be rocket science. After all, she used to be in HR.  She’ll get her man.

Point 1:  easy.  Karen’s always upbeat.  Her motto is ‘It’ll be fine’.  It’s simple, easy, and versatile.  It can be shouted when your 8-year old’s team is 7-0 down, as was the case last Sunday. Which sort of worked, because Damon didn’t let in any more goals after that.

All may not be fine, Karen admits, unless she implements 2 Look great at all times.  She learnt that lesson trying to flirt at the recycling centre when she looked like one of the totters.  Now she brushes her hair, applies lippy, and wears matching shoes even if she’s only doing the school run.  The other morning Charlotte watched critically from the doorway (she’s 10. Critical’s what she does).

“Mummy, why do you need mascara and blusher just to go to the bank?”

“You never know, sweetheart.  Suppose I run into Harry Potter in the high street?”

Karen has a new get-up too.  It’s for everyday wear, instead of the joggers that are only suitable for the garden, ideally on the compost heap.  She hadn’t been looking for new clothes, but she was in Sainsbury’s walking down the wrong aisle, which had a lot in common with her wedding.  Unlike her ex-husband, it was 25% off and came with double Nectar points. 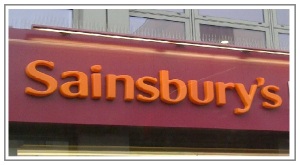 The top isn’t quite the right size, but Karen fixes that in no time.  If she doesn’t raise her arms, nobody will even notice the staples.

On to point 3: Network.  Not so much using LinkedIn as mining existing contacts.  Surely somewhere there’s a friend of a friend who knows a single guy who isn’t an axe-murderer.  Karen doesn’t have the nerve to ask every mum at the school gates if they have a brother or a discarded husband/lover/toyboy, but she drops a few hints.

The outcome is the dinner party from hell, with single bachelordom represented by a monosyllabic quantity surveyor with personal hygiene issues.  Her hosts aren’t speaking to each other, which makes the evening as fun as a conference of Trappist monks.  The dinner is a roast and the meat wasn’t local.  Karen chews in dutiful silence, trying not to think of live lambs trapped for hours in an overcrowded container lorry.

Karen describes the evening to her best friend Rose.

Karen recalls a teenage pastime.  “What, like hanging around the barracks and hoping to pick up a squaddie?”

Coming soon: what happened when Karen left her comfort zone.

Meanwhile here’s one of dating blogs Karen has been reading http://www.nerve.com/advice

If her kids are still up, she looks at this site instead http://www.nectar.com

4 thoughts on “Finding a Man: the Sure-Fire 5-Point Plan”