You know that text at the beginning of every novel? The bit that reads, This is a work of fiction. Names, characters, places and incidents are either the products of the author’s imagination or are used fictitiously? Let’s explore that.

Here’s fellow author Jane Davis, whose novel An Unchoreographed Life is one of the seven in Outside the Box: Women Writing Women. As an avid student of human life, I’m often tempted to slip real  people into fiction. Jane Davis sounds warning bells.

I hold up my hands. I am guilty of being a scavenger of facts. There is nothing more flattering than when, after reading one of my books, people tell me their extraordinary stories and say, ‘I’d like you to write about it’. As with An Unknown Woman, sometimes I borrow elements from personal accounts, a snap-shot here, an emotion there, a potent and heart-felt line, but never the whole.

Any author who wants to stay out of court should consider two main areas of the law. 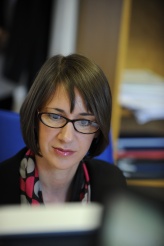 Libel is a false statement presented as fact of and concerning a person that causes damage to their reputation. Unfortunately, pointing out that yours is a work of fiction may not be enough to protect you.

John Green added an ‘author’s note’ at the front of A Fault in Our Stars: “This book is a work of fiction. I made it up. Neither novels or their readers benefit from attempts to divine whether any facts hide inside a story. Such efforts attack the very idea that made-up stories can matter, which is sort of the foundational assumption of our species. I appreciate your cooperation in this matter.”

But not even this carefully-crafted statement would protect Green were a court to find that he had:

In 2009, a plaintiff was awarded $100,000 by a US court for a fictional portrayal that was recognisably her. The ‘Red Hat Club’ presented the plaintiff as a sexually promiscuous alcoholic.

But even a case that doesn’t reach court can be hugely damaging, as author Amanda Craig discovered. In the mid-nineties, the publisher who had commissioned Vicious Circle – a satire that had been four years in the writing – pulled the plug. An ex-boyfriend Craig hadn’t seen for fifteen years (then a literary critic) had claimed that one of the book’s characters was based on him. All parties breathed a sigh of relief when the libel specialist consulted concluded that only ‘a lunatic’ would claim to be the character. But, when proofs were circulated, the ex-boyfriend sent the publisher a list of the similarities between him and the character, down to a pair of shoes he used to wear. Craig’s character was based on a number of men, one of whom was the ex-boyfriend. I am sympathetic. It is impossible to avoid writing what you know. A borrowed facial expression here, a quotation there. Dumped by her publisher, Craig again took legal advice, which thankfully only involved a handful of minor changes. A new deal negotiated and the novel was published, but for some time Craig lived with the worry that she might be sued. 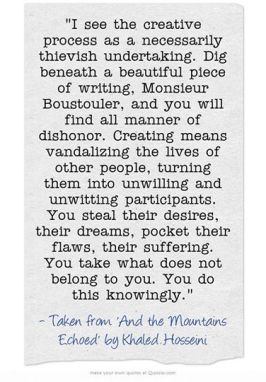 So, you avoid falling into the trap of writing something potentially libellous by researching your subject thoroughly and only including events that you know to be true. You’re protected, right? Wrong.

Maria Bento Fernandes has been ordered to pay EUR 53,000 to her husband’s family (including her mother-in-law), after she revealed intimate details about their family life in her novel The Palace of Flies, published under a pen-name. When she appealed to the European Court of Human Rights on the grounds that hers was a work of fiction, they disagreed. A number of characters in her book were ‘exact replicas’ of her in-laws. However, rather than uphold the original decision, they ruled that the award should stand as the author had ‘failed to respect her in-laws’ right to a private life’. Christmas at the Fernandes will never be the same again.

A case reported on recently provides an interesting approach to counter-suing. Dr Brooke Magnanti published a blog about her life as a call-girl under the name Belle de Jour. At the time, she had a boyfriend who she referred to only as ‘The Boy’. But when the identity of Belle de Jour became well-known, her ex-boyfriend took her to court, claiming that his identity had also been exposed, that his privacy was breached and his reputation damaged. He also claimed that the book was based on fantasy and that Dr Magnanti had never really worked as a prostitute. And how does she react? It is reported that her defence team will counter-sue on the grounds that ‘The Boy’ has damaged her reputation by casting doubt on her life as a sex-worker.

“But it’s MY story to tell” 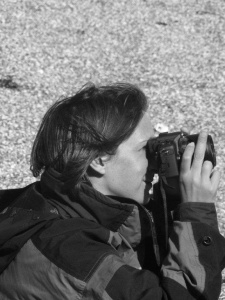 That may well be true, but few of us live in isolation.

When I saw Esther Freud speaking about her autobiographic novel Hideous Kinky a few years ago, she admitted that she’d been surprised by her sister’s hurt reaction to some sections of the book, which she had felt to be about their relationship with their mother.

I have a sister who is less than a year older than me. As I know from her accounts of events from our childhood, my experiences were totally different. She disputes my versions. I believe each of us has our own truth. Memory is both subjective and can be affected by things that happen in between. As J M Coetzee is quoted as saying: “How can one even vouch for the truth of memories that are shared with no one else?

Hilary Mantel said of telling her mother that she had written her memoir, Giving Up the Ghost: “What she heard was `I’ve written a book about you’”.

So if you must borrow from life, please be nice.

Jane Davis lives in Carshalton, Surrey with her Formula 1 obsessed, star-gazing, beer-brewing partner, surrounded by growing piles of paperbacks, CDs and general chaos.  She spent her twenties and the first part of her thirties chasing promotions at work, but when she achieved what she’d set out to do, she discovered that it wasn’t what she had wanted after all. In search of a creative outlet, Jane turned to writing fiction. She cites the disciplines learnt in the business world as what helps her finish her first 120,000-word novel.

Her first, Half-truths and White Lies, won the Daily Mail First Novel Award and was described by Joanne Harris as ‘A story of secrets, lies, grief and, ultimately, redemption, charmingly handled by this very promising new writer.’ She was hailed by The Bookseller as ‘One to Watch.’ Five self-published novels have followed: I Stopped Time, These Fragile Things, A Funeral for an Owl, An Unchoreographed Life and now her latest release, An Unknown Woman. Jane’s favourite description of fiction is that it is ‘made-up truth.’

You can get that latest novel An Unknown Woman on Amazon by clicking right here.

“#Authors, do you put real ppl into your novels? Good advice from @janedavisauthor http://wp.me/p3uiuG-QY #amwriting“