“Get yourself out there” says Rose. “I’ll babysit.”

So far, Karen’s sure-fire dating plan has failed to produce a suitable man (or, as her friend Rose points out, any man at all).

Just to explain, Karen is a mum of four who normally lives between the pages of my novel.  Any mother who’s newly single knows her predicament: lack of time, money, and a decent man.

“You’ve got to leave your comfort zone.  Open some doors.  Go where the fellas are.” Rose hands out wisdom along with a cup of tea. 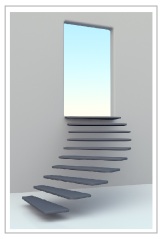 Karen hopes that won’t mean betting shops or football matches.  Car maintenance classes might work, especially given the state of her Toyota, but she isn’t sure how attractive she’d be wearing overalls and Castrol GTX.

The gym, of course!  Then she thinks of her shapeless boobs, wobbly thighs, and a bladder that might not stand up to 5 minutes on the cross-trainer.   She’s after male interest, not abject pity.

“I heard about this mingle” says Rose.   It’s at a large London library, apparently.  Karen likes books though she’s not sure how many she’s finished since her kids arrived.

On the night, she puts on a Primark dress and tucks a paperback into her bag.  You’re meant to take a book to swap at the mingle.  The Women’s Room will do nicely. Karen doesn’t need reminding that shit and string beans take over your mind.

When she arrives, there seem to be about 60 people there already.  She’d have got there earlier, only four-year old Edward decided to pull his big sister’s phone to pieces to see how it worked.

Everyone is offered a piece of paper out of a hat.

Seems there’s a different hat for men.   Karen unfolds her paper. Lady Hamilton.  There’s no guarantee she’ll get it on with Lord Nelson, but a free glass of wine is on offer for those who find their missing half.

“I got cheap tickets.  Great production.”

“Goes right past the dome of St Paul’s.”

“Yeah, but you feel miles better next day.”

Nobody seems to be fretting about their offspring.    A white-haired man bumps into Karen.  “Are you Heloise?”

She’s not, so off he goes.  She watches him as he weaves his way through the crowd, his desperation increasing as woman after woman shakes her head.

An incredibly tall man bends down double and starts talking to her.   He’s Tristan, not Lord Nelson.  He spends two minutes asking Karen about her job (none at the moment) then wanders off to track down Isolde.

Sometimes it’s tough to be optimistic without wine.   Karen buys a large glass of red but it doesn’t make her feel any better.

Romeo and Juliet have already found each other..  Now they’re comparing notes on their daily commutes.

The white-haired man comes back to check she’s not Heloise.   He looks crestfallen when Karen says she’s Lady Hamilton.   There’s no sign of Lord Nelson.   Posh is deep in conversation with Becks.   Fred is with Wilma, and Napoleon, who’s an Aussie, is describing his fitness regime to Josephine.

Nobody has talked to Karen since Abelard.  It’s all very well leaving your comfort zone, but intense discomfort is counter-productive.

She finishes her drink and leaves early, grabbing a book from the Swap Table on her way out.  What’s so wrong with The Women’s Room anyway?

‘When your body has to deal all day with shit and string beans, your mind does too’, said Marilyn French in her debut novel The Women’s Room.  See Valli’s Book Den http://srivallip.blogspot.co.uk/2012/12/the-women-room-by-marilyn-french.html